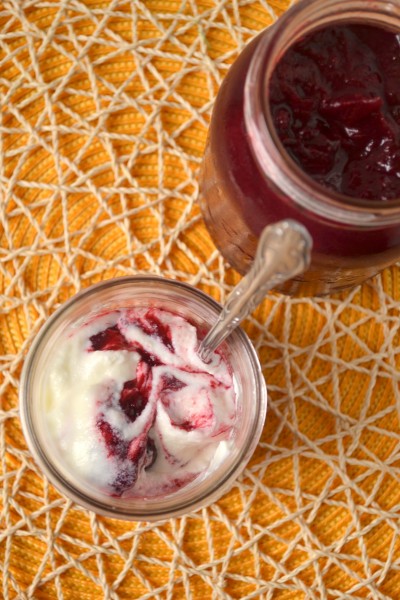 Today was my sons kindergarten orientation.  I think it goes without saying that I’ve been wondering how he got to this point already.  He was just a baby not that long ago, after all!  I have a feeling this feeling it will continue all summer until he actually goes to school.  And then probably for a while longer.  Or does it ever stop? 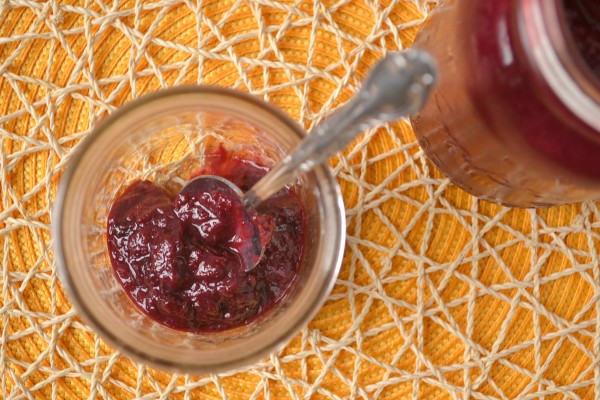 On a different subject… yogurt!  As much as I’d like to be able to say I love yogurt as a healthy snack, I really don’t, unless it’s plain.  If you’ve ever flavored your own yogurt, you know that a ton of sugar goes into yogurt which makes it not so healthy anymore.  That being said, of course plain yogurt is an awesome snack, so if you find a way to enjoy it without adding a ton of processed sugar, all the better, right? 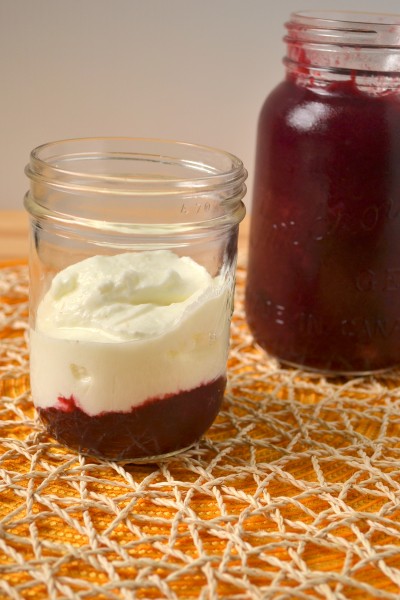 That’s where compotes come in.  I’m not a huge fan of jam so all summer long I freeze fruit like crazy and then for the rest of the year I cook it and keep batches of cooked fruit in the fridge to mix into yogurt(or put over ice cream, over oatmeal, into smoothies, or just to eat straight).  Sometimes I’ll just do one flavor and sometimes I’ll make something a little more interesting.

My last yummy combo was cranberry and raspberry which was delicious, but I didn’t think to take a picture of it or write down the specific recipe before it was all gone(along with my yearly supply of cranberries) so that one will have to wait.  This one, my hubby doesn’t like as much, but the kids and I do so I thought it was worthy of sharing.  Feel free to scale the recipe down as this makes quite a bit. 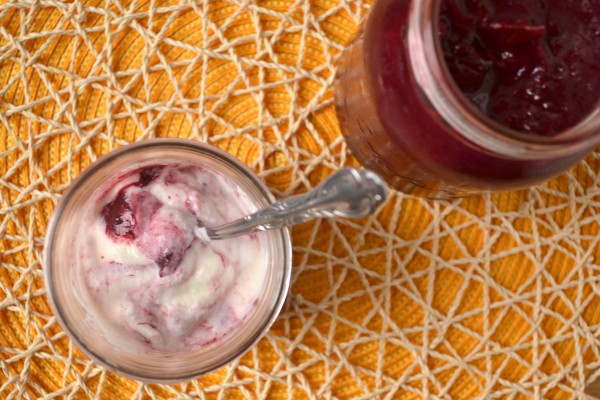 If you like fruit on the bottom yogurt, of course you can do that, but I like mine mixed.  And of course, I like a lot of fruit with just a little yogurt.  Around our house we prefer full fat yogurt.  In this batch I put the full 1/4 cup of honey and it’s fairly sweet.  My hubby prefers it more tart so I put the option to reduce the honey a little.  And that’s the awesome part about this, make it and mix it however you like it 🙂 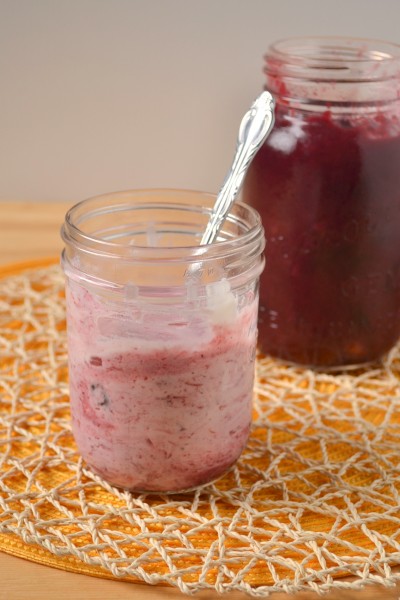 In a medium sized pot, combine the rhubarb, cherries, ginger, dates and add enough water just to cover the bottom of the pot.  Bring to a boil and then simmer over medium-low heat for about 40-50 minutes until the mixture thickens and the rhubarb and dates have disintegrated.  Once the mixture has finished cooking, remove from the heat, cool slightly and stir in the honey.  At this point you can also use an immersion blender, or transfer the mixture to a large blender to make the compote smooth, but I prefer to keep it as is.  Set aside until cooled completely.  Once cool, store in a quart sized jar in the fridge for up to a week, or divide into smaller amounts and store in the freezer.[/print_this] 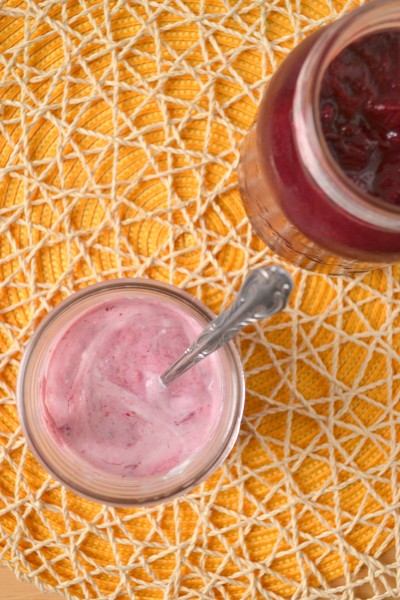