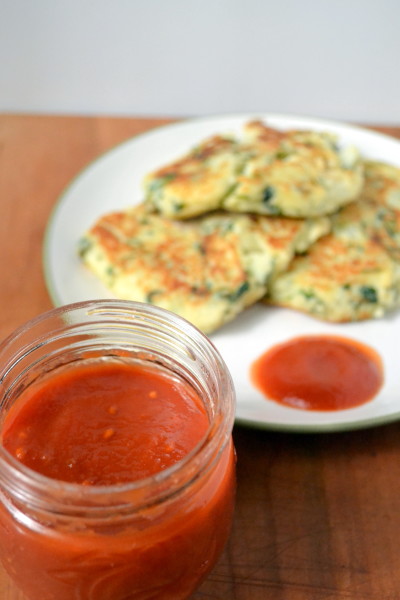 So today I thought I’d share my ketchup recipe.  Just this last fall was the first time I made this and next year I will cook it more than I did last year.  This batch turned out a little watery and not at all ketchup-like but the flavor is great and without any funky ingredients.  It will be way better once it’s cooked more to reduce it to a ketchup-like consistency.  I have adjusted the cooking times to reflect that but feel free to test it as you go by dropping a little on a plate to see how it holds up. I know to a lot of people it seems tedious and unnecessary to make things like this when they’re so easily and cheaply bought at the store.  While being cheaper when you buy large quantities of tomatoes – or grow your own – it’s also amazingly satisfying to have made your own ketchup.  Who else can say that?  Not to mention you don’t need to worry about the amount of sugar or corn syrup in the final product because you can adjust it how you want.  You can also pick the ripest tomatoes and therefore not have to add as much sugar to make up the sweetness that should naturally be in the tomatoes.  You don’t need to worry about added colors and preservatives.  This is not something you have to wonder about where the ingredients came from which is a great feeling. While I canned mine, if canning makes you nervous you can always freeze it in small quantities and thaw it as needed.  It lasts in the fridge for quite a while after opened or thawed – I would say at least 2-3 weeks. 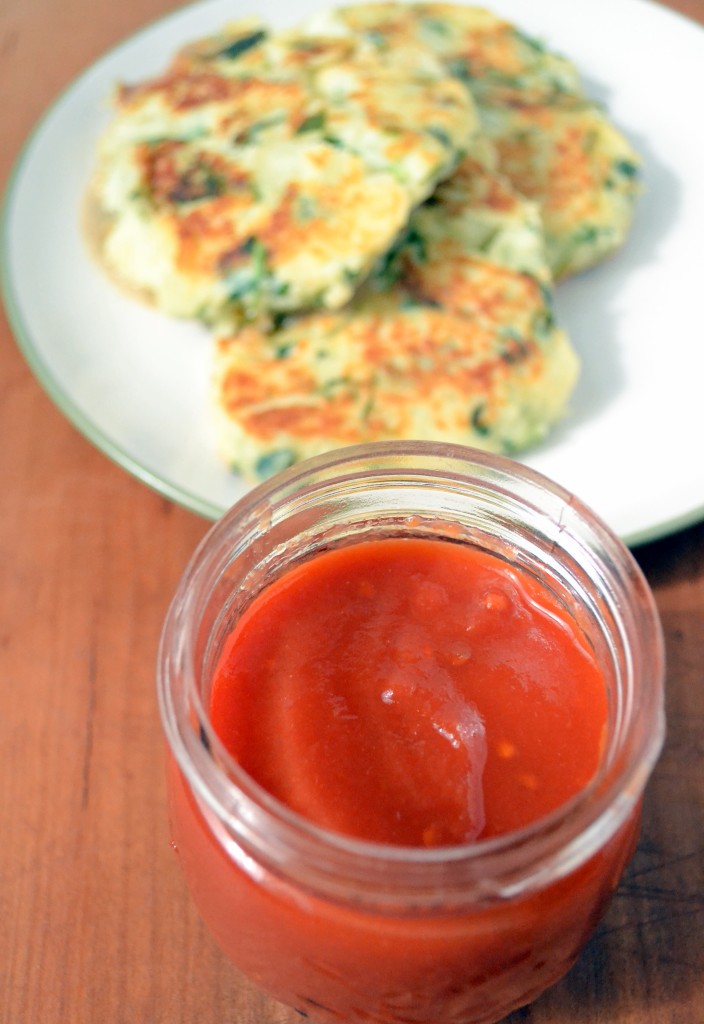 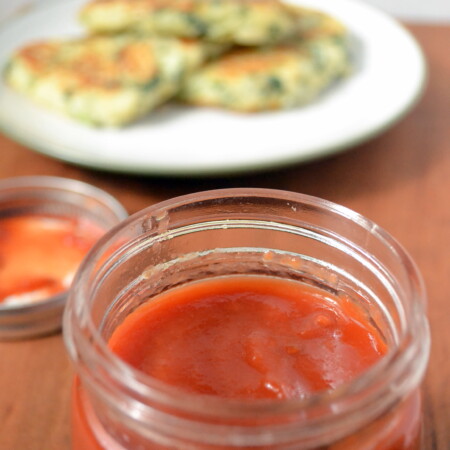 Process and original recipe from Stocking Up by Carol Hupping Stoner under the title Catsup.
Tried this recipe?Tag me today! Mention @easywholesome or tag #easywholesome!