These Instant Pot Potatoes Colcannon are rich, creamy, and flavorful and can be made with either kale or cabbage. Incredibly easy with a pressure cooker or on the stove-top. With vegan, whole30 and paleo options.

Before you run off at the thought of cabbage or kale in your mashed potatoes, let me first just say that I don’t even like cabbage. I didn’t have much hope when I first tried this recipe. So I was pleasantly surprised that I liked them!

The cabbage doesn’t have an overpowering taste in these potatoes. My husband even said he’d like more next time. For me, I’ll stick to the amount in the recipe. 😉

I tested it with kale and it works (and is listed in the recipe), but my family just doesn’t like the taste or texture of kale. So what you see in the photos is the cabbage version. Kale does, however, add a nice green to the potatoes! 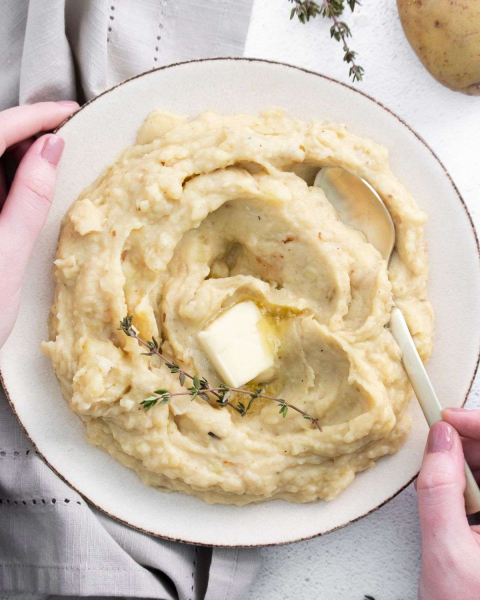 Quick and easy with an Instant Pot

With this recipe, you just saute the cabbage and garlic in the Instant Pot, add the rest of the ingredients, cook, and then blend.

It was my first time making mashed potatoes like that, and I was shocked by how creamy, non-starchy and non-gluey they were.

It won’t take much action to get these potatoes creamy, so use whatever method you like. But as always with mashed potatoes, don’t overmix!

With a stove-top option

Don’t fret if you don’t have an Instant Pot! You can still use this recipe.

Everything is the same except for the cooking time. You just need to cook the potatoes a while longer. 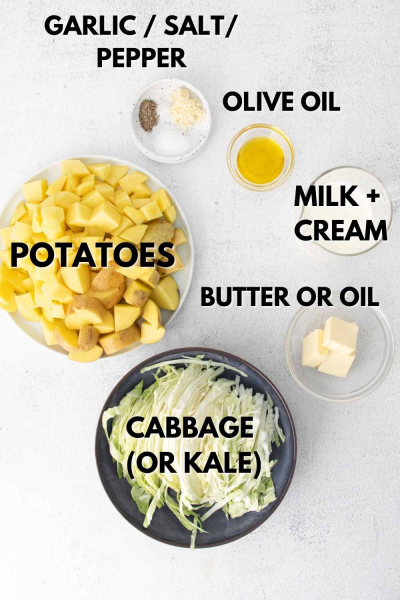 What are potatoes colcannon?

Colcannon is a traditional Irish dish made of mashed potatoes and kale or cabbage. It uses simple ingredients like potatoes, butter, cream, kale and herbs.

It’s such a wonderful treat that there have been songs written about it, but maybe that is what you would expect of any fantastic Irish food.

There seems to be a very orthodox way of serving this dish. 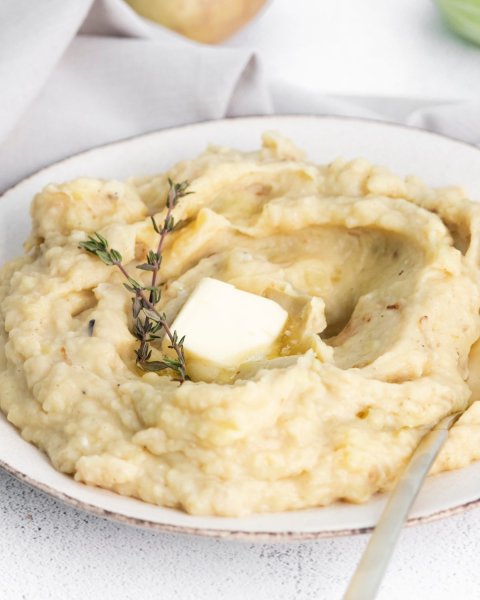 The potatoes are piled on the plate in a cone shape, then making a hole in the center you pile on the butter, add the cream by pouring it around the outside of the colcannon and you have a plate overflowing with goodness.

Colcannon is versatile which is reflected in the different regions in Ireland.

Some will have onions while others will have chives or cabbage, and it’s often served with ham, bacon, or corned beef.

No matter where you are, you’ll find it to be a terrific hearty side dish. 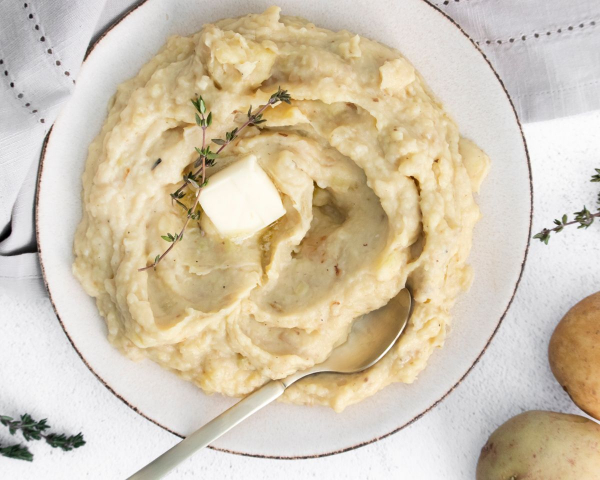 Colcannon has so many sensational traditions layered in its history that I had to share.

Around Halloween, colcannon was served with hidden trinkets and considered a fortune-telling treat that has roots in Celtic and Irish traditions.

Trinkets like coins, pieces of rags, rings or sticks were cooked inside the dish.

The one who found a trinket would have their future predicted by it.

I’m not sure how I would feel about pulling a rag out of my potatoes, but the stick predicted that your spouse would beat you. So I think I would be digging for the coin or the ring.

Colcannon, although an interesting fortune-telling dish, can also be seen around St. Patrick’s Day which brings us to this spectacularly simple Irish mashed potato recipe. 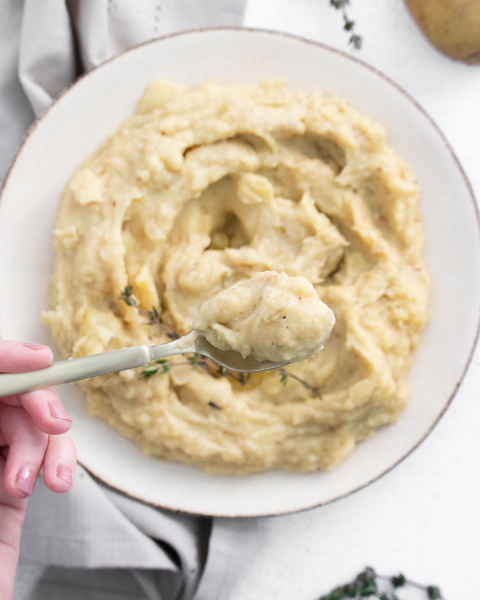 A vegan and dairy-free option

These colcannon potatoes are easy to make vegan, paleo and whole30-friendly! Use:

I used cashew milk and refined coconut oil. I used refined because I didn’t want any coconut taste.

If you use coconut cream along with refined coconut oil, the potatoes won’t have any coconut taste to them. 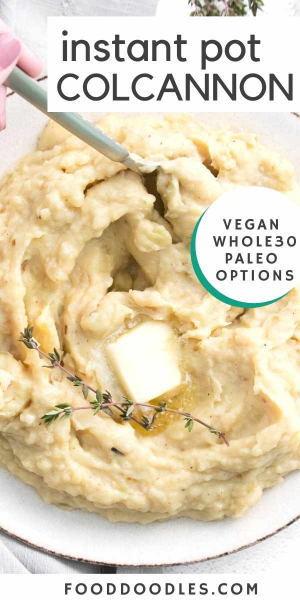 I recommend using a thinner, more neutral-tasting milk. For paleo and whole30, I really recommend cashew milk. If you can have grains, then oat milk would also work well.

Do let me know what you think of these colcannon potatoes if you give them a try! 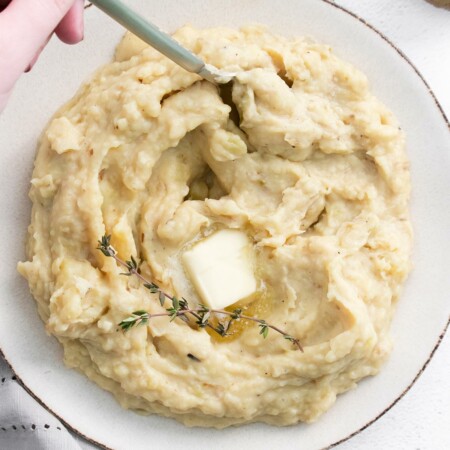 To make this vegan, paleo and whole30-friendly, use:
Tried this recipe?Tag me today! Mention @easywholesome or tag #easywholesome!