We went to Warsaw five years ago and didn’t expect to love the food as much as we did. I ate pierogi (dumplings) every day, twice a day. It was glorious.

My husband went another route and ate lots of soups, cabbage rolls and salads. This cucumber salad is one of the dishes that he loved the most. 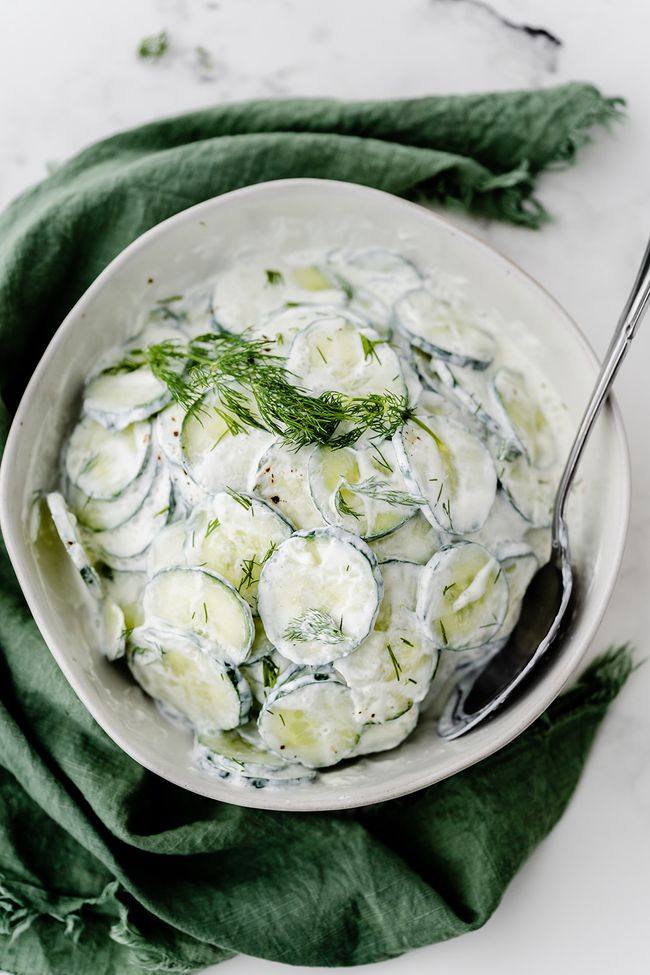 By the way, for a great radish dish, try these Roasted Radishes!

It’s so refreshing and perfect for summer picnics, BBQs or really – whenever! My husband makes this year-round.

We always use English cucumbers as these are the standard cucumbers at stores here in Germany. I’ve read that you can use any type of cucumber for this salad but since I have zero experience with other types, it feels odd to recommend them. 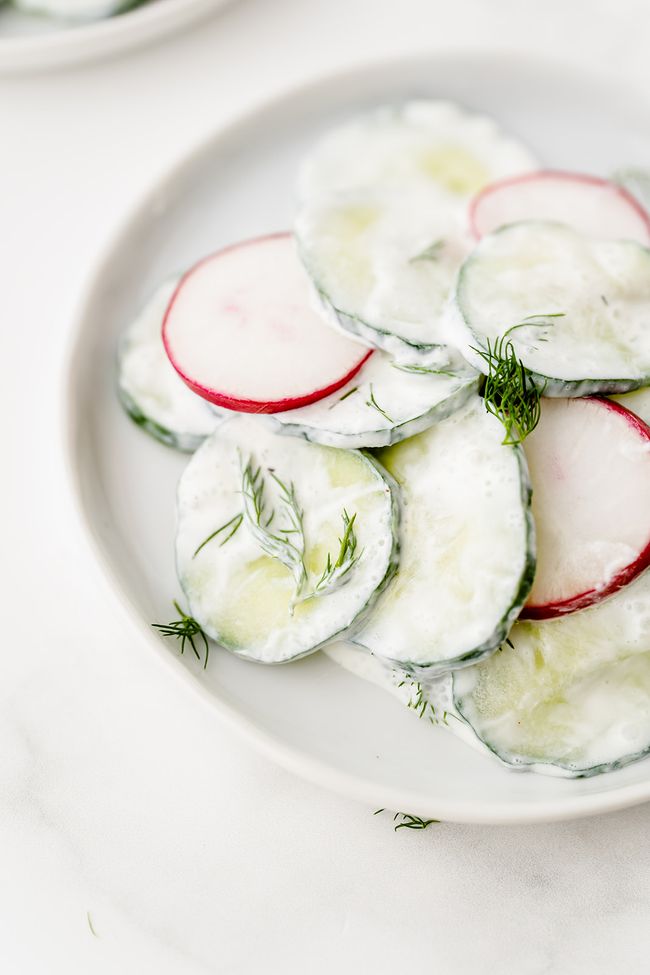 A lot of Polish cucumber salad recipes have you put the cucumber slices, rubbed in salt, in a colander. Then you let them sit 5 minutes.

I’ve tried it that way but the result is a really liquidy salad. I think the best way is to let the slices sit for an hour and then use a tea towel, cheesecloth or something similar to wring out as much liquid as possible.

If you only have 20 minutes, that’s fine, too – but still wring the cucumbers out. 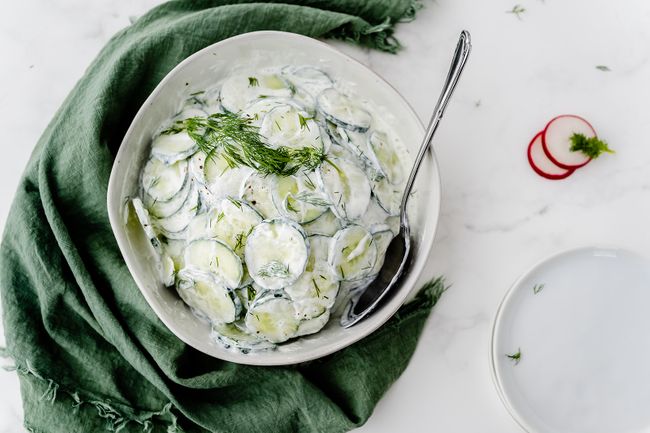 When you don’t wring them out like that, not only do you have a liquidy salad but the taste is also watered down.

I just now had the thought that people may want to use dried dill in this recipe. If we didn’t have a constant supply of frozen dill, I’d want to do the same. 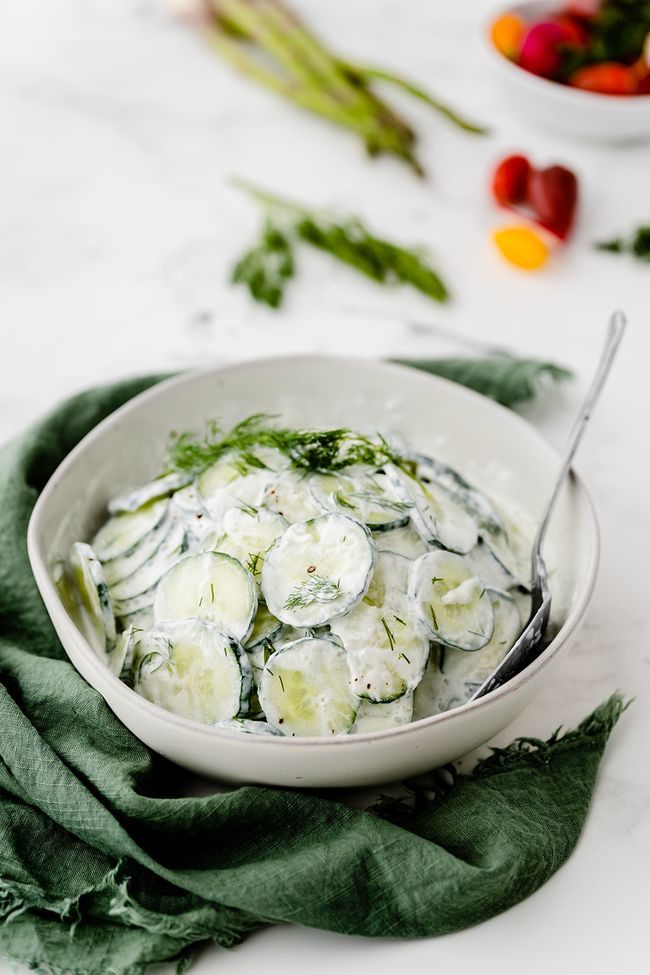 While I haven’t tried it, I think it’d work. But fresh or frozen is really better in this recipe! Start off with 1 teaspoon of dried dill in place of the fresh / frozen and add more to taste.

If you don’t want to use sour cream, you can use unsweetened Greek yogurt instead.

We always have a tub of dill in the freezer, just for this salad. It works great in it!

Looking for something a little different? Try this Asian Cucumber Salad! 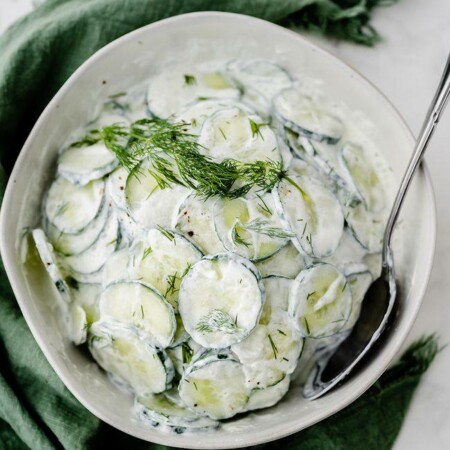