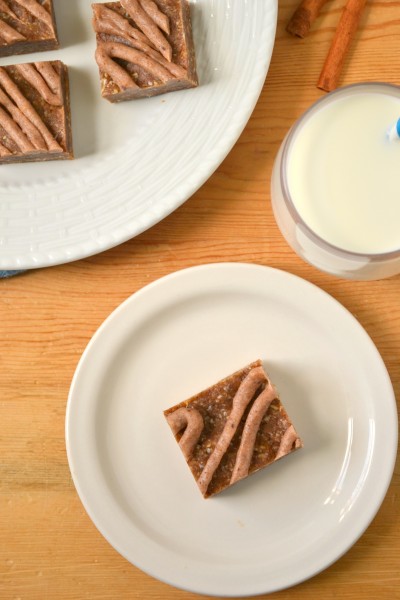 Two posts in one day?  I know it’s a little weird, but I didn’t want to leave you without a new recipe today 🙂  Plus, I’m liking the Monday, Wednesday, Friday thing that’s been going on around here lately and I don’t want to mix that up. 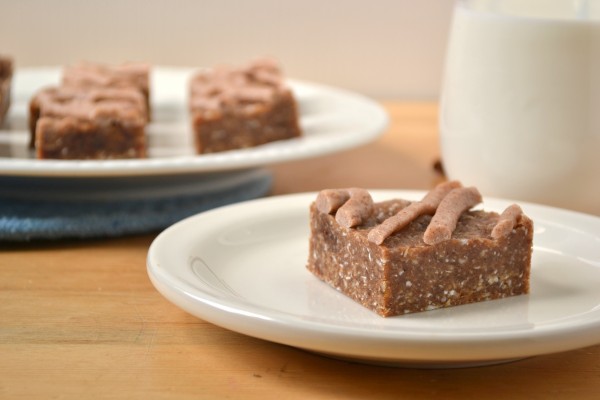 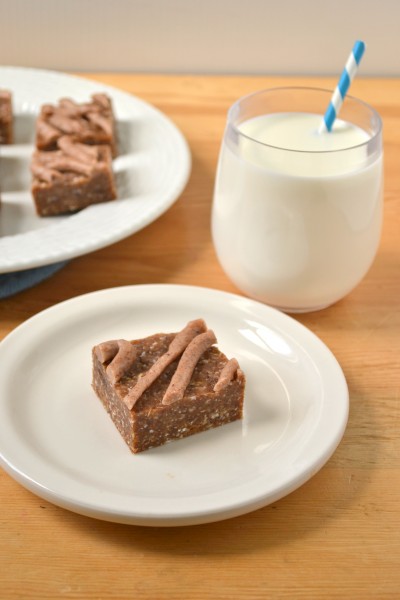 These aren’t exactly oatmeal raisin cookies, but they are a deliciously acceptable substitute until the weather cools down.  You have no idea how much baking I want to do for when it does cool down 🙂 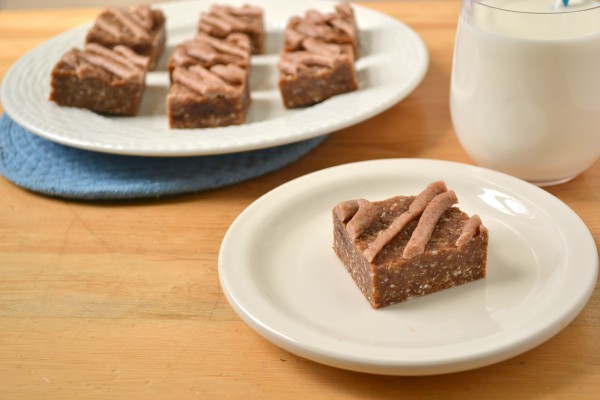 Yes, you could omit the “frosting” on these and roll the dough into little bite sized balls.  The frosting does have honey in it(so not everyone will consider these vegan), and I’m not entirely sure if anything else would work.  You could just dust these with a little more cinnamon since these are definitely sweet enough on their own. 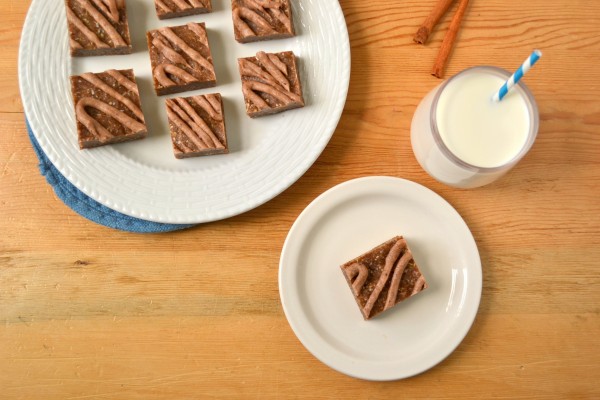 I also wanted to let you know, I’ve written a Disclaimers page which you can find a link to on the bottom of my About page as well.  In the very near future I’ll be writing a Privacy Policy and a Work With Me page, if you’re wondering.  I’m also thinking of starting a series of posts on blogging.  Not too frequently and nothing too serious since I really don’t know much at all.  But maybe I could share a little bit of what I’ve learned so far.  Let me know what you think of the idea!  I hope you’re having a fantastic week! 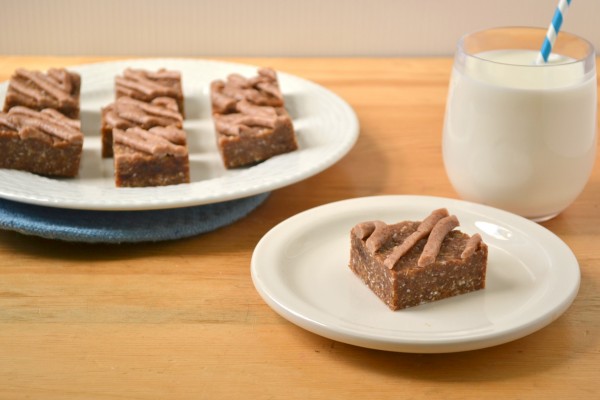 In a food processor grind the walnuts and oats until no large pieces remain.  Remove the walnuts and oats and add the dates and raisins.  Process until  the mixture is mostly smooth before adding the ground up nuts and oats, along with the vanilla, cinnamon, sea salt and shredded coconut.  Process until thoroughly combined.  Line a loaf pan with plastic wrap or wax or parchment paper.  Press the mixture evenly into the loaf pan.

In a small bowl, mix together the oil, honey and cinnamon until smooth.  Spread or pipe the mixture over top of the bars.  Place the bars in the freezer for 30-60 minutes before slicing.  Store in the fridge in a sealed container. 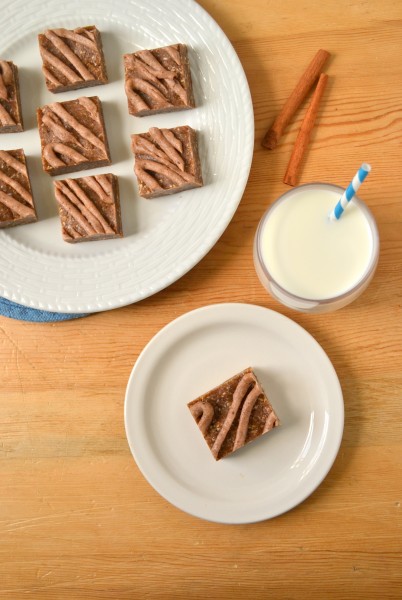