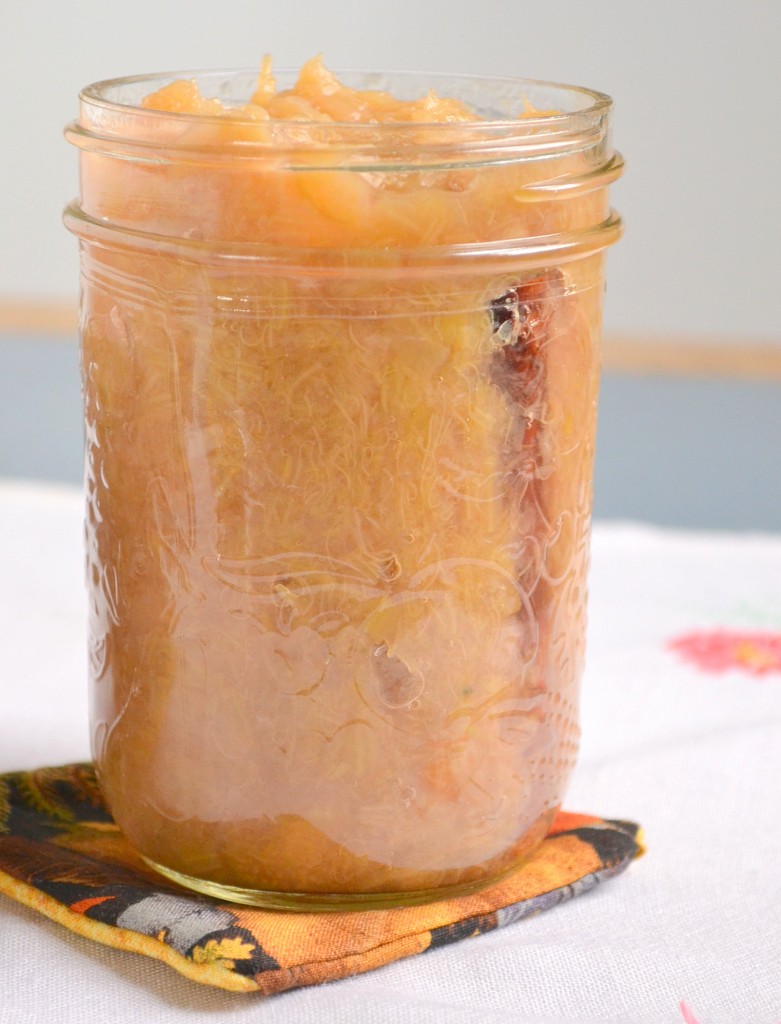 I have to admit I just wrote two paragraphs on why this week has been stressful for me.  And then I thought, who would ever want to read that?  But regardless of the fact that I just hit backspace on the entire beginning of my post, I feel much better now.  Funny how writing everything out can help you to take a step back and see things in a different light.  Sometimes when things are down in writing they don’t seem so important and stressful and awful as they do before you put pen to paper(or fingers to keyboard?)  In any case I’m happy to say I’m feeling much better than I did ten minutes before nap time 🙂 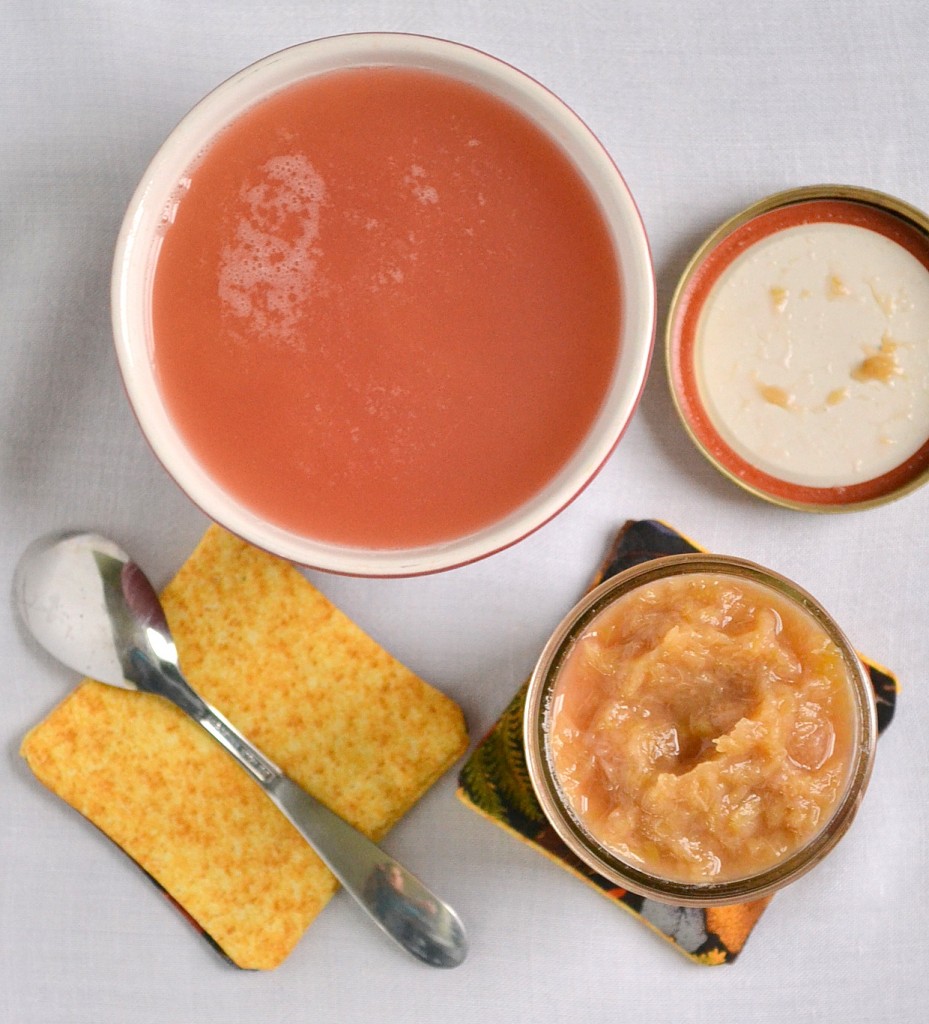 This is another recipe made with local rhubarb(and local honey from last year) that I bought too much of and had to use up.  This recipe is so simple and so good.  I’m betting it would be especially delicious on  ice cream or swirled into yogurt, but for now we’ve just tried it on our dutch baby from yesterday and I made some especially yummy bars with this compote as a filling that I’ll post at another time.  This also freezes really well so don’t be afraid of making a lot as you can put it in the freezer(in small portion sizes if you want) to use another time.

As a part of the process of making this compote, I drained a lot of the liquid off as it doesn’t have any thickeners to hold it all together.  I made quite a lot of compote(and scaled back the recipe for anyone who wants to try it) so that’s why there’s a huge bowl of sweet and tangy rhubarb juice 😀  I’ve just been watering it down and letting the kids drink it, but I’m sure there must be better ideas for it.  What would you make with the juice? 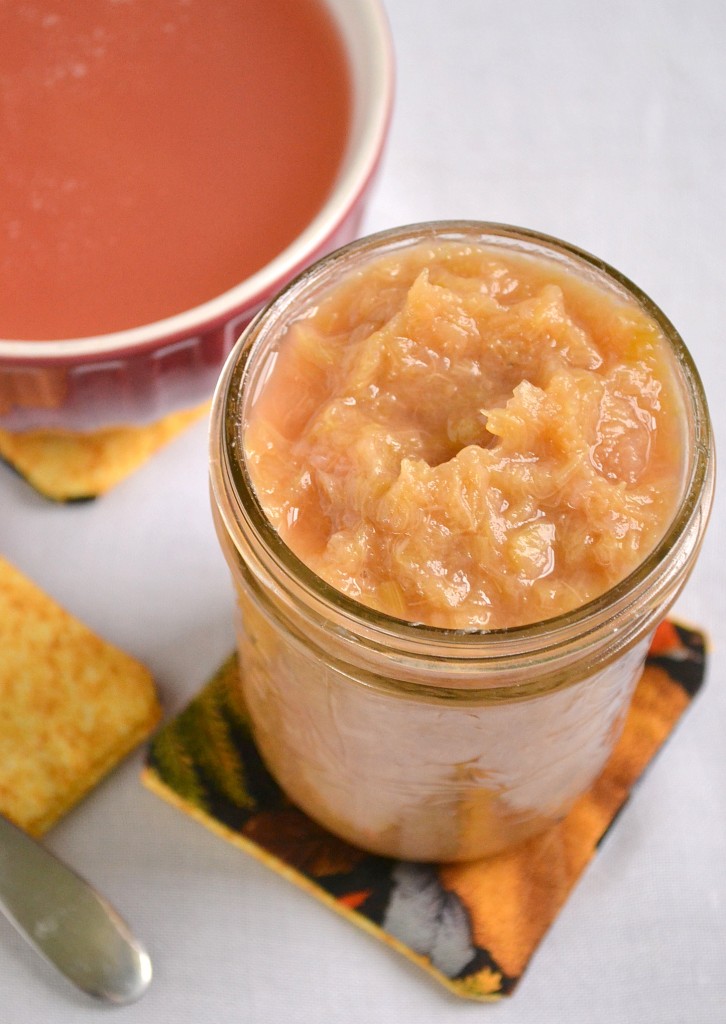 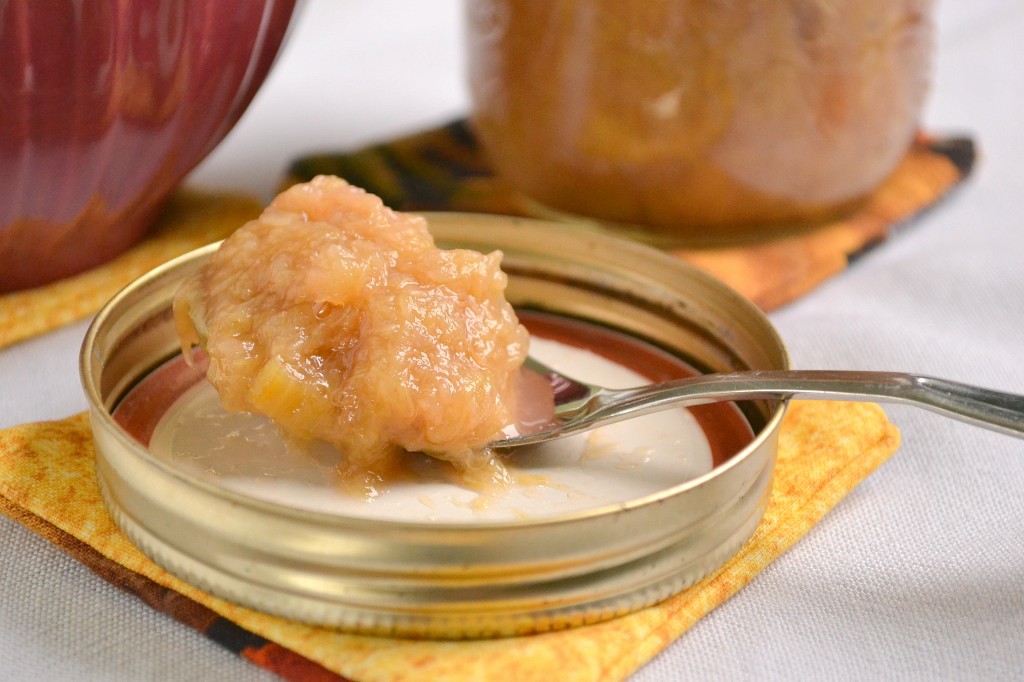 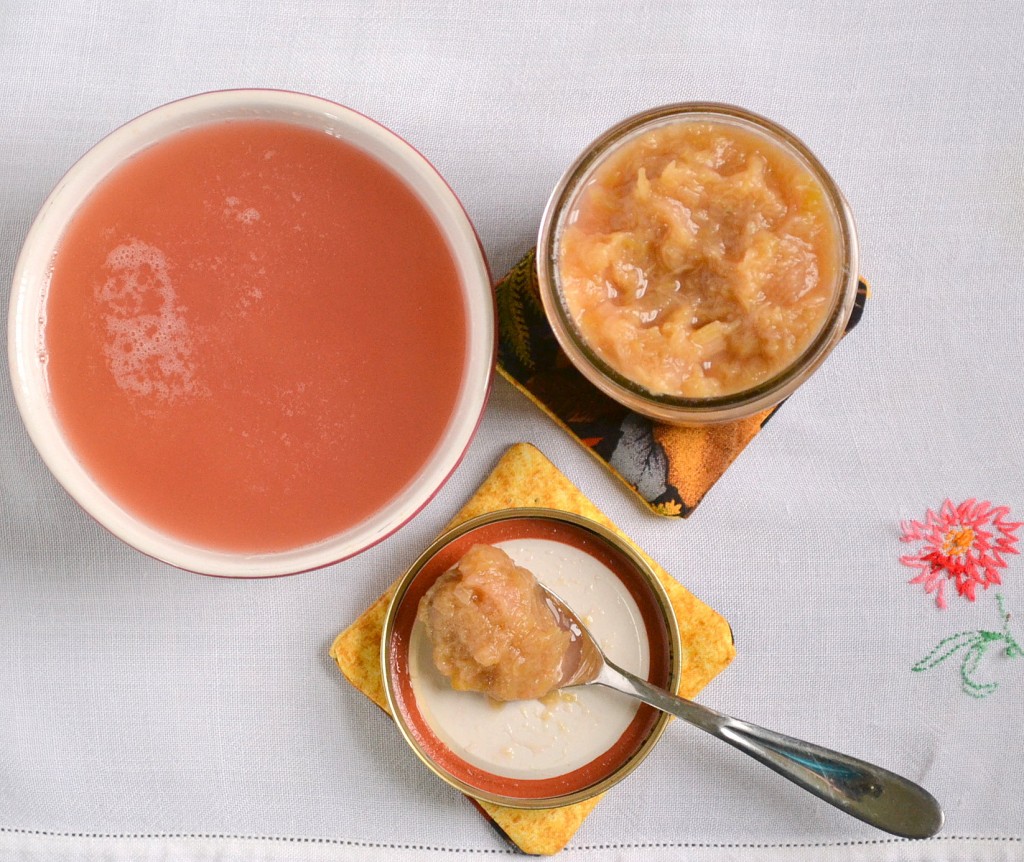