Hoppin’ John is also known as Carolina peas and rice, or simply black-eyed peas and rice, and is made with ham or bacon and onions. You just dump everything in a slow cooker for this easy, hearty, healthy and comforting New Year’s recipe! It’s also naturally gluten-free and dairy-free.

I hope everyone is enjoying the holidays! I had planned on taking the rest of the year off after Christmas, but I just realized I have this great New Year’s recipe.

It’s been a month since I’ve posted anything savory. It’s just so hard for me to post anything non-sweet in December. It’s just not in my blood.

So here we go with a savory dish, fitting for the new year. 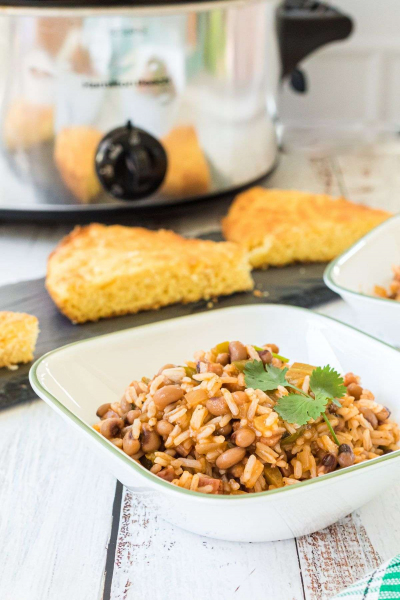 A bit of history

Like the Alcoholic Wassail Recipe I posted recently, today’s recipe has a bit of history behind it. It’s a traditional Southern recipe with roots going back to the 1840s.

Hoppin’ John first appeared in a cookbook, The Carolina Housewife, in 1847, but it’s likely that Southern slaves were making it well before then.

It originated in the South Carolina low country area, where rice grew well in the marshy, plentiful river deltas. The recipe then spread throughout the South.

Traditionally, red peas were used instead of black-eyed peas, but perhaps as those are quite difficult to find the further you get from the recipe’s place of origination, black-eyed peas became the norm.

Nobody seems to know where the name came from. I was worried that the name might be derogatory and racist (and I wouldn’t have posted the recipe if it had been), so I did a bit of research before posting this. 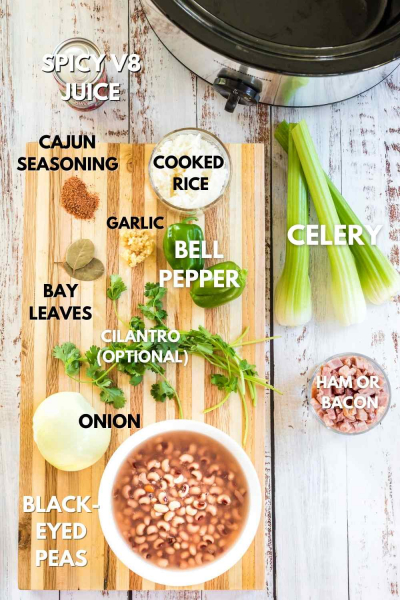 I’m not one for superstitions, but in case you are, Hoppin’ John, served with collard greens and cornbread is the way to go!

Eating black-eyed peas for New Year’s has been considered good luck for over 1,500 years. Some say that it started during the time of the Pharaohs in Egypt.

But the Southern US tradition of black-eyed peas being lucky likely came from African slaves. I found this interesting:

Author Jessica Harris, a scholar of African culture, tells about men tucking black-eyed peas into their wallets to attract prosperity, giving further indication of the pea and prosperity connection that has been instilled in our culture, particularly in the South.

When the Civil War concluded, freed slaves who were well-trained in cooking, serving, planting and taking care of livestock took jobs in the expanding railroad industry, helping to spread customs across the country, as we share these traditions from generation to generation (source). 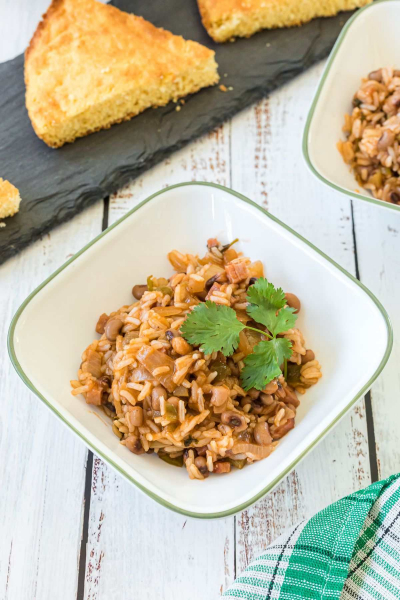 Along with the lucky black-eyed peas in this dish, collard greens are often served alongside Hoppin’ John. These spicy Southern collard greens with bacon look perfect.

Supposedly, each bite of collard greens (or other greens, such as cabbage) that you eat will bring you a whopping $1,000 in the next year. That sounds quite nice. 😉

Cornbread is also perfect alongside Hoppin’ John. And what do you know – it also represents something to do with money! It represents gold and the hope of extra spending money in the coming year. 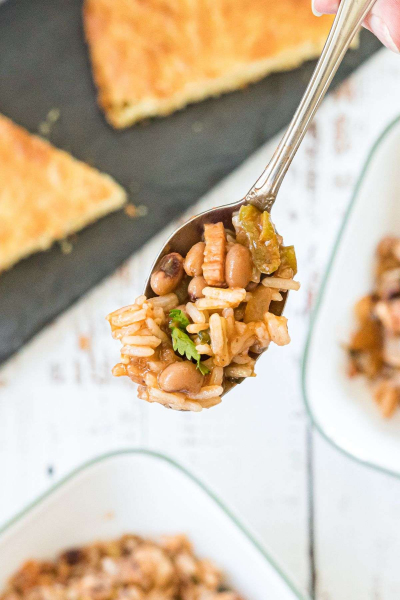 So easy with a slow cooker

You really just dump all the ingredients into a slow cooker for this recipe. It could not be any easier!

You do need to cook the rice separately, though. That’s much easier to make on the stovetop, so that can easily be done, according to package directions, while the Hoppin’ John is cooking.

And while you’ve got the slow cooker out, you might as well make this Healthy Taco Soup or Kid-friendly Chili. Both are great made ahead of time and can be frozen! 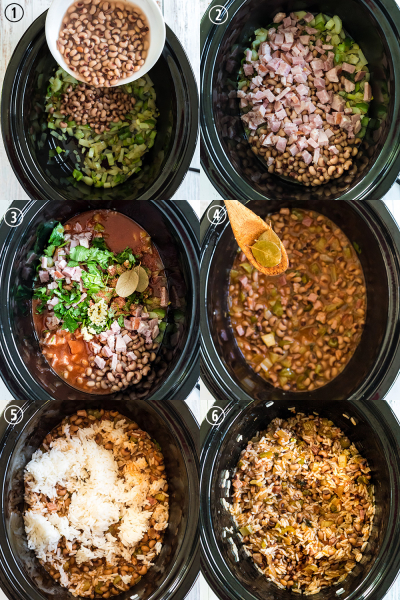 As long as your Cajun seasoning doesn’t have gluten or dairy, this recipe is gluten-free and dairy-free. I can tell you that Tony Chachere’s “may contain” wheat or milk. It’s devastating, I know (for those of you who didn’t know but need to avoid those ingredients).

You can then also use it on this delicious Healthy Cajun Chicken Pasta!

You’ll probably want to check the ingredients in your ham, too. While ham is also naturally gluten-free (at least most of them), some of the glazes contain gluten. So check your labels! 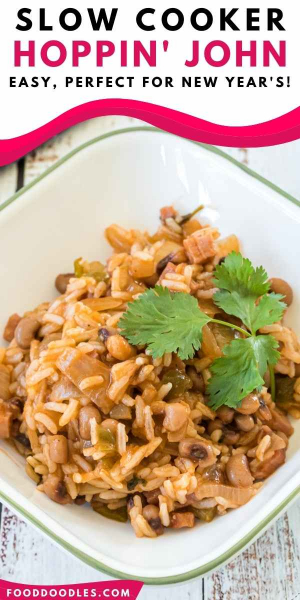 By the way, if black-eyed peas aren’t your thing, try these rice and beans instead! 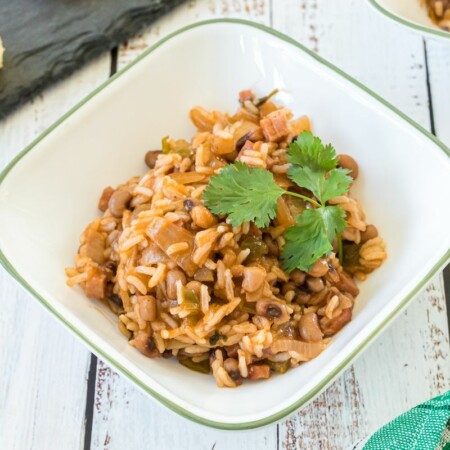