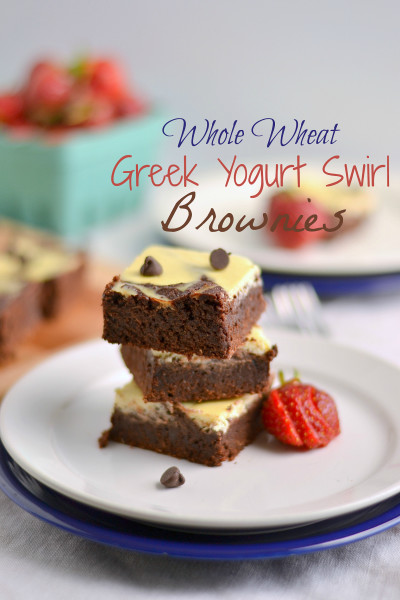 Just recently I realized that Food Doodles readers are horribly deprived of brownie recipes.  And I don’t mean raw brownies, which are obviously awesome but I do understand that every once in a while you need a baked brownie.  Please accept my apologies now.  I have one lousy brownie recipe.  OK, not lousy.  They are pretty amazing Raspberry Brownies especially for having no added fat.  I’ll say it again, sometimes you just need a regular, buttery, baked brownie!  And here it is 🙂 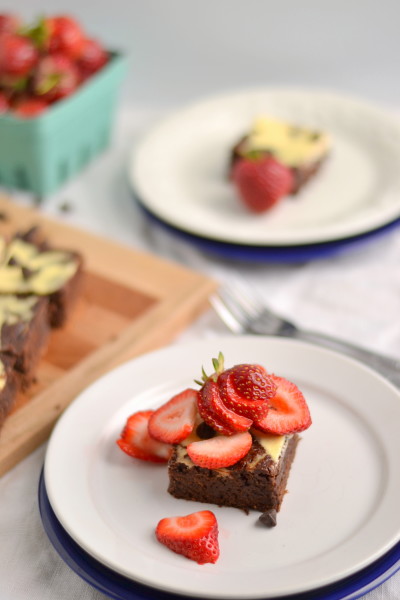 Let me just take 2 seconds to mention one thing.  Please observe the difference between grocery store strawberries(from who knows where) and local strawberries.  Just before this photo shoot my sister in law dropped off an entire flat of the most beautiful strawberries.  I’m so sad that I didn’t take a picture of it before we all dived into them, that flat was a beautiful thing.  Now the strawberry on top with the stem is a local strawberry.  The sliced ones were from the grocery store.  Take a closer look.  The one on top was so juice and red and perfect, doesn’t it look full of life?  The sad strawberries below it look almost fake.

Now go get yourself some local strawberries!  Moving on… 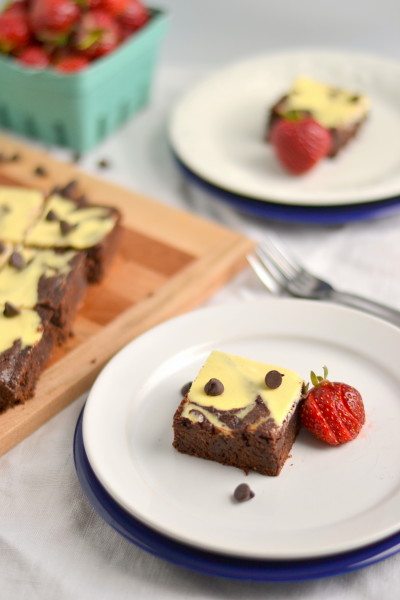 Now let me get this straight.  I took inspiration from the many brownie recipes over on Texanerin Baking.  Erin is a brownie master!  So I adapted a couple of her recipes to make the base of this one.  Don’t even ask me which ones, I don’t even remember.  Do go take a look through her brownies though.  They all look so amazing!  Also, I got the inspiration for the Greek yogurt swirl from these brownies on Bake Your Day(that I’ve been meaning to recreate for ages now!).  Ever had Black Bottom Cupcakes?  You know, the chocolate cupcakes with the cream cheese top?  That’s kind of what I was going for… In a brownie, but with Greek yogurt instead of cream cheese.  Let me just tell you, it’s delicious!  And yes, I will try to work on a healthier version of Black Bottom Cupcakes one day 🙂  I’m on a sweets kick at the moment so it might be sooner rather than later! 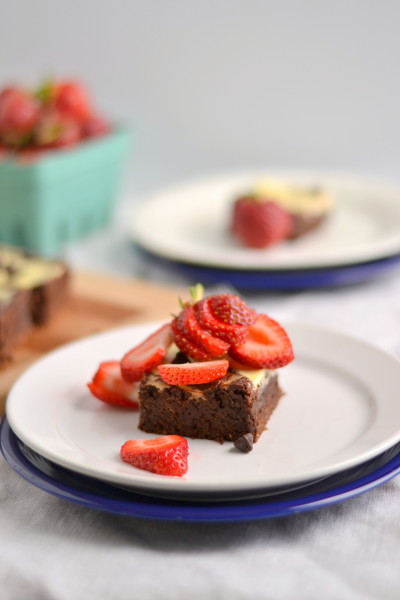 So now that I’ve gotten that straight, let’s get onto these brownies!  I stuck these in the fridge for a while so they’d be easy to cut.  But after I cut them I realized they also look drier than they actually are due to being in the fridge.  Trust me when I say these are dense and fudgy like brownies should be.  They are so perfect.  They hold their shape perfectly, but they’re so soft and fudgy.  That’s the only word I can use to describe them.  They’re good out of the fridge, but incredible at room temperature.  I’m not sure how long I’d like these to sit at room temperature since they have Greek yogurt on top… but I’m thinking they wont last long enough to find out.  If in doubt, store them in the fridge or even freeze them and then bring them back to room temperature before serving. 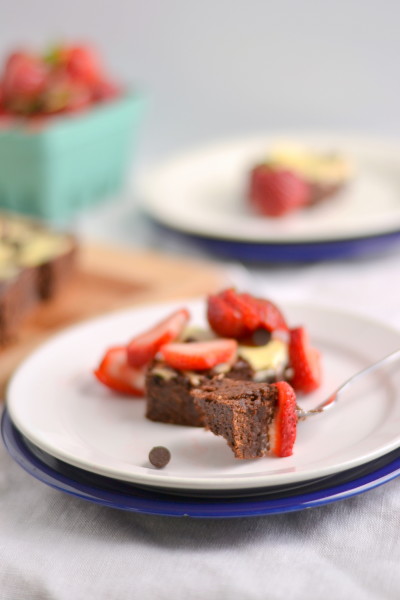 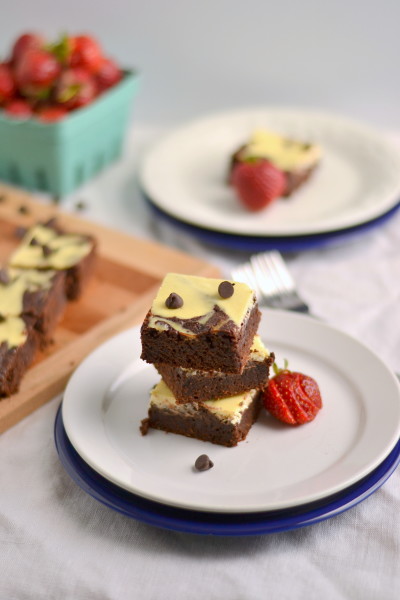 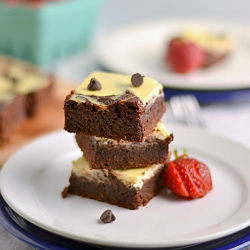 The Greek yogurt kind of "melts" in the oven this is why I suggest pressing down on the brownie batter before swirling in the Greek yogurt so that you still get pretty swirls in your brownies. If you don't the brownies will still be delicious though!
The Greek yogurt swirl originally made enough to make a 9x13 pan so I halved it for this recipe which is why there is half an egg. One large egg should be 4 tbsp or 1/4 C for half an egg, beat the yolk and white together and measure out 2 tbsp. You can freeze the rest of the egg for another use or save it in the fridge for the next time you make an omelet or scrambled eggs.
Tried this recipe?Tag me today! Mention @easywholesome or tag #easywholesome! 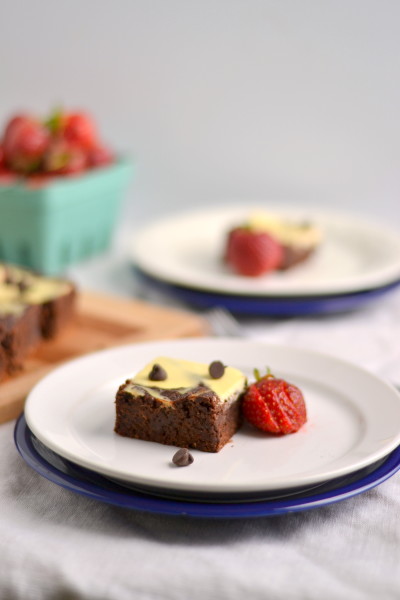 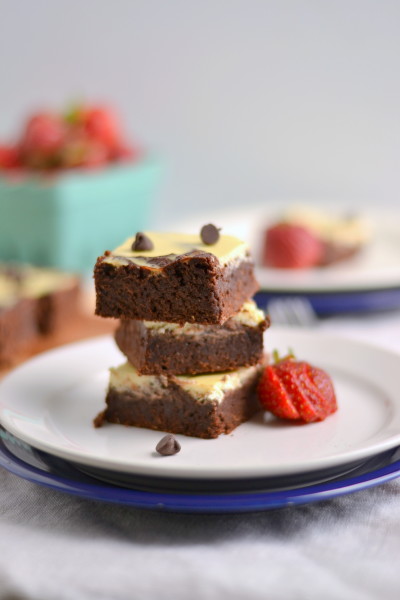