These air fryer tater tots use a huge time-saving shortcut – frozen hash browns! They’re naturally vegan and made with all-purpose flour, but can also be made gluten-free or paleo.

I’m clearly air frying everything these days because I’m in love with my air fryer, but if you don’t have one, you can bake or fry the tater tots. So I’ve included directions on how to bake them in an oven.

You just need basic ingredients for these tater tots. You probably already have everything, except maybe the hash browns! 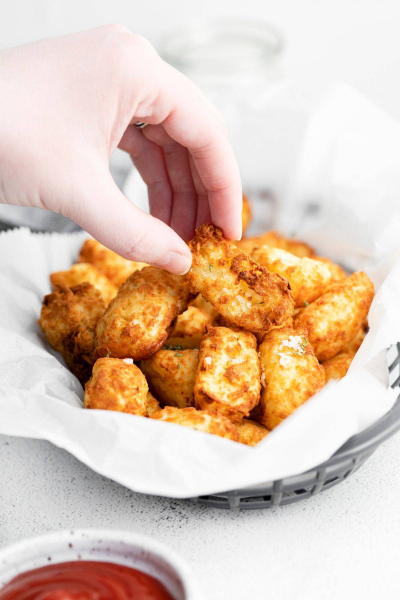 What type of hash browns to use

You need the shredded and unseasoned kind. If you use one that already has seasoning (other than a little salt), you’d probably need to adjust the seasoning in the recipe.

If you’re thinking, “Frozen hash browns?! But I want a homemade version!” – I get it. But there are brands that are just frozen, shredded potatoes and nothing else.

The store-brand organic hash browns at Sprouts and Meijer both consist of just 100% potatoes. So I really don’t see any disadvantages to using those.

It saves a ton of time! If you’re like me and have an extreme lack of time on your hands the last year, then just get the hash browns. It’s worth it. 😂 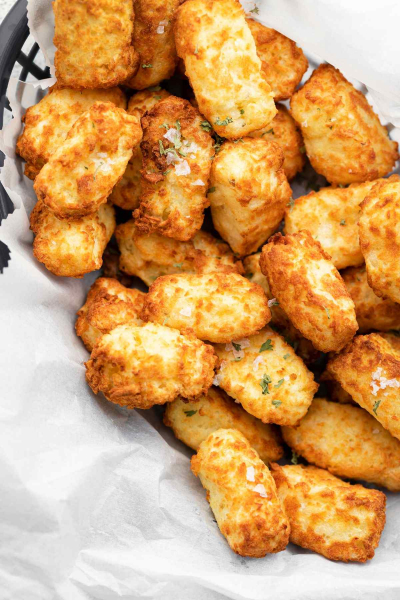 But I really want a from-scratch recipe…

I can definitively tell you that if you use a food processor to shred your own raw potatoes, you’re going to have a mess when it’s time to form the tater tots.

Even if you rinse the potatoes, wring them dry, add egg, and other stuff – it’s not gonna work.

Frozen hash browns are the way to go!

I’ll post a totally homemade tater tot recipe using whole potatoes on my other blog at some point. I just need to find a quicker method than the ones called for in other recipes.

Spending 40 minutes on tater tots that take 4 minutes to eat just isn’t worth it to me. If you really prefer something homemade, try these amazing Air Fryer Garlic Fries or Smashed Potatoes with Garlic and Cheese! 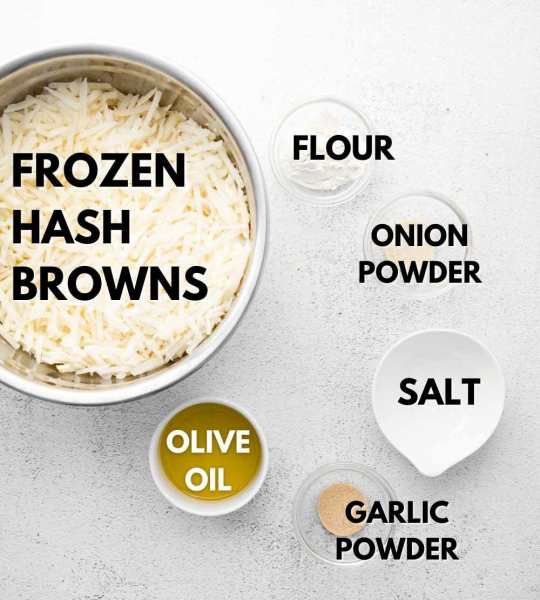 You need to fully thaw your hash browns. If you don’t, they won’t stick together.

If you’re now reading this after starting the recipe, then you can add a beaten egg to the mix. That’ll make the mixture stick together better.

Just make sure that your hash browns don’t have any weird ingredients in them that would make them non-vegan.

And obviously, you’ll want to fully thaw your hash browns so that adding an egg won’t be necessary. I haven’t tried using a chia egg or any egg subs so I have no idea if they’d work. 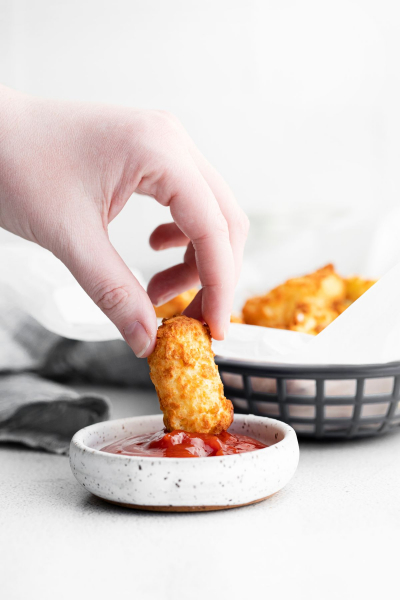 To make these gluten-free, you can use a 1-to-1 gluten-free flour that’s meant as a replacement for all-purpose flour.

I used Bob’s Red Mill 1-to-1 Gluten-free Baking Flour, as always, with great results. You can also use it in my:

Your other option is cassava flour. I used Otto’s Cassava Flour and it worked great. That makes these tater tots paleo!

Cassava flour isn’t really a 1:1 sub for all-purpose flour, but it’s pretty close. This is why it works in this recipe. 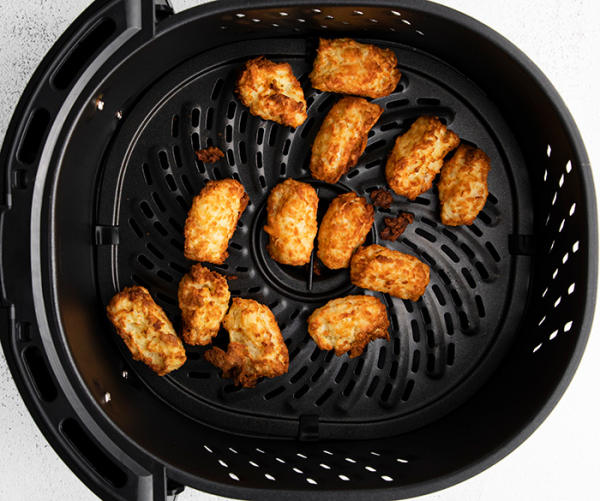 And whether you’re gluten-free or paleo, you need to check the label of your hash browns. Most brands are gluten-free but some contain dextrose, making them not paleo.

Even the hash browns from Whole Foods have dextrose, so be sure to take a look.

That’s it! I hope you’ll enjoy the tater tots. And for another tater tot recipe, check out this Tater Tot Casserole!

If you make this or any of my recipes, I’d love to see pictures of your creations on Instagram, Facebook and Twitter! Hashtag them #fooddoodlesrecipes so I can check them out. 🙂 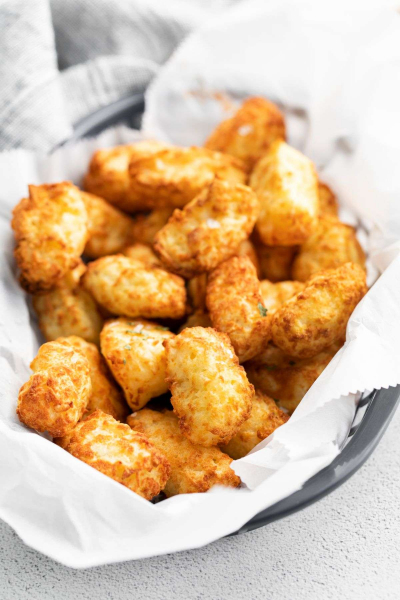 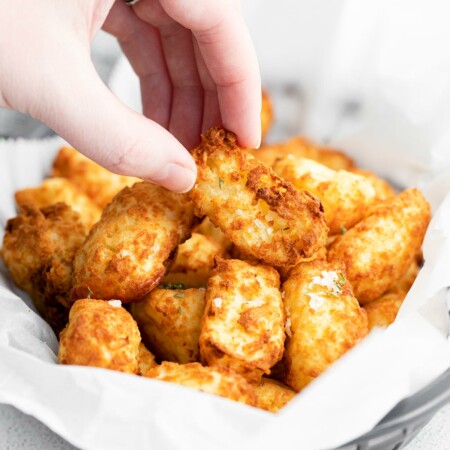