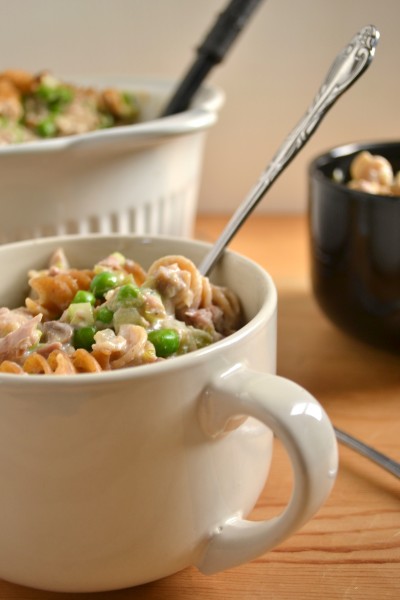 OK, so tuna casserole is not exactly my favorite food.  It’s one of those things I remember having as a kid – and liking – but it wasn’t something I totally craved or anything.  I guess I have pregnancy to blame for randomly thinking of – and wanting – tuna casserole.  Plus, I’ve been on a casserole kick.  Plus, anything made from scratch that is usually highly processed and loaded with not-so-good for you ingredients always grabs my attention so I thought it might grab yours too. 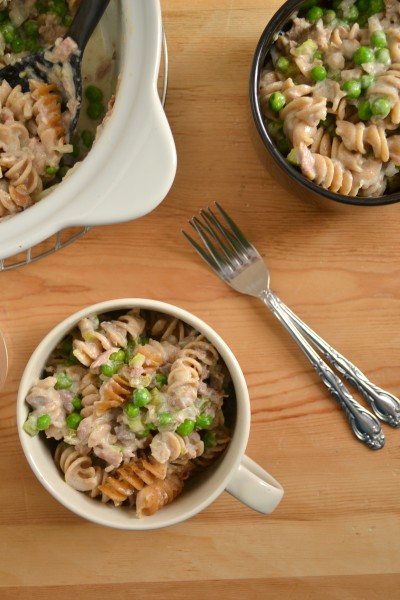 Even though this turned out so delicious, and way healthier than the traditional version, I’m kind of saddened.  Yes, it takes a little longer than opening some cans.  I feel kind of silly pointing it out, but sadly I know that’s why a lot of people are turned off of making anything from scratch.  But I will tell you, it’s totally worth it!  The soup can be made ahead of time, or even if you make a double batch a few days before, this can be a meal made from the leftovers after you’ve already enjoyed mushroom soup for a couple days.  Plus, this recipe makes quite a bit, so instead of all that effort for one meal, you might get a couple out of it or at least enough leftovers for a few lunches.  It really is WELL worth the effort. 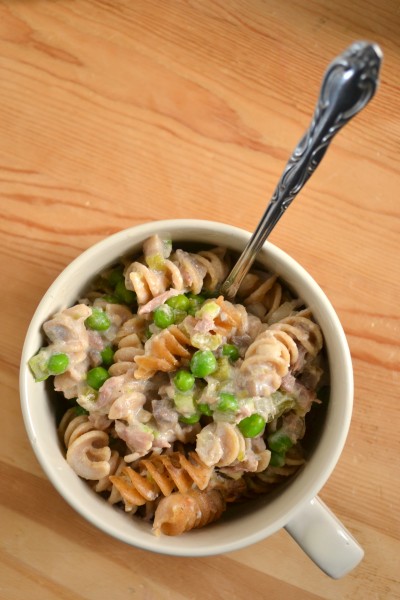 For the vegetarians reading, yes this has tuna in it like the traditional version.  But I totally think you could leave it out.  I’ve even seen chickpeas to replace tuna in a few different recipes so you could try that for a different variation that I’m sure would be delicious.  In fact I think I might try using just one can of drained and rinsed chickpeas instead of the tuna next time 🙂 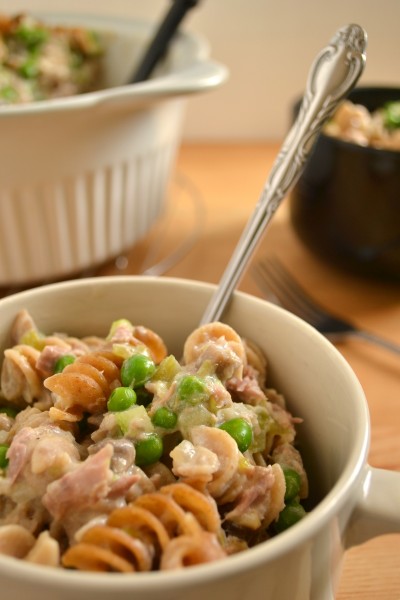 Start with one batch of Creamy Mushroom Soup or about 4C if you’ve made more than the original recipe – for more details see the original post, a simplified version is as follows.  Heat the butter in a medium sized pot over medium heat.  Saute half the chopped onions and 2/3rds of the celery until mostly softened about 6-7 minutes (I choose not to cook all the vegetables at this point, and add some lately because I enjoy the change in texture – feel free to add all the chopped onion and celery at this point if you want).  Add the chopped mushrooms and stir well.  Cook until soft.  Add the flour and mix well before stirring in the milk(for this casserole, reduce the milk slightly so that the casserole is not too wet).  Bring up to a boil and simmer for a couple minutes.  Turn off the heat, season with salt and pepper, adding more to taste.

Prepare a casserole dish by lightly spraying it with oil.  In a large bowl combine the cooked pasta, tuna, peas, the remaining chopped onion(1 medium) and celery(1 large stalk), the soup mixture and at least 1/2 tsp extra salt.  Mix well, taste for seasonings and add salt as needed and pour into the prepared casserole dish.  Bake for about 25 minutes or until golden on top, adding about 1/2-3/4C of breadcrumbs to the top in the last 5 minutes of baking if desired.[/print_this] 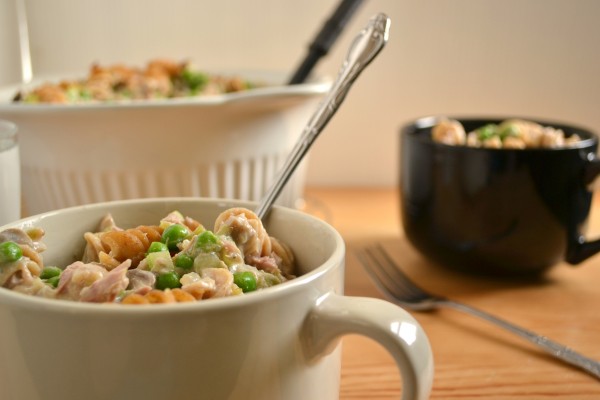