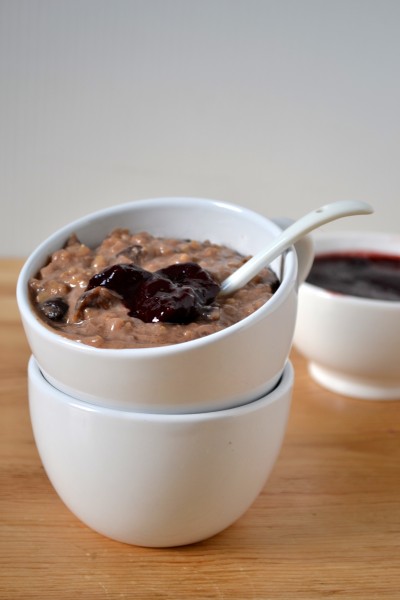 This was one of those posts that I was just going to forget about.  The pictures aren’t that exciting, in fact I think they’re kind of bland.  But at the same time, I’m a huge fan of brown rice pudding and this was definitely delicious and not bland at all.  I said it last time I made brown rice pudding but I’ll say it again.  If you don’t like rice pudding made with regular white rice, don’t give up on this!  I’m not really a fan of regular rice pudding, but made with brown rice it’s one of my favorite desserts. 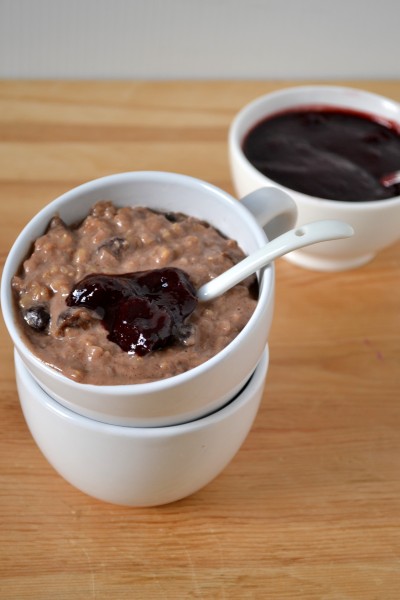 You can stick with raisins like I did the first time I posted about brown rice pudding, or you can add different dried fruits – or even some fresh fruits are yummy, like apples – or you could even leave it plain.  There are so many variations!

Brown rice is one of those things I usually have in the fridge, and if not I have extras stored in the freezer for when I need them at a moments notice.  Next time you make brown rice make sure to make a big pot 🙂 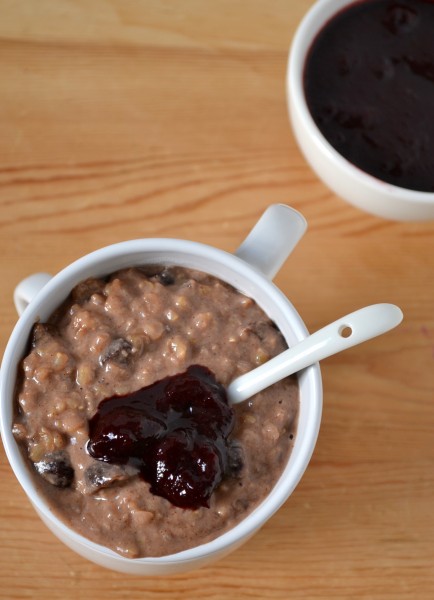 I ended up topping my rice pudding with some cherries that I had in the freezer that I cooked with a little honey and cornstarch.  Fresh cherries would be amazing in the summer, but I prefer this as a wintertime dessert because it’s so filling, creamy and comforting.  Not to mention I think it’s even more delicious served warm, but cold isn’t bad either 🙂 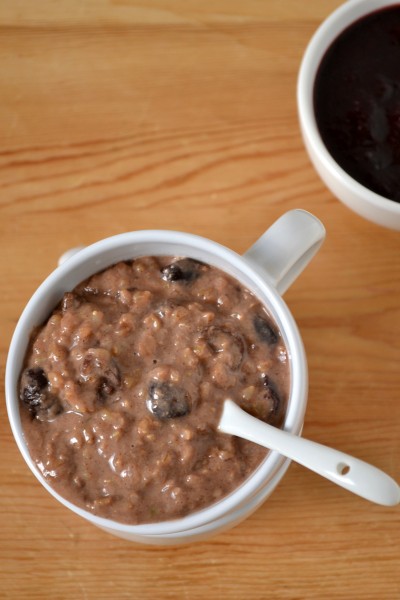 In a medium sized pot heat the rice, milk and salt until just barely boiling, then turn down to a low simmer.  (Note: I use about equal parts almond milk and dairy milk.  I recommend using a lower fat dairy milk especially if you choose to use 100% dairy milk as the pudding is already very creamy and rich.)  Stir occasionally while cooking.  It should take about 30-40 minutes for the pudding to thicken completely.  Be sure to stir the pudding more frequently as it thickens to prevent it from scorching.  In the last 10 minutes of cooking, add the dried cherries so that they can absorb some of the liquid.  Continue to cook until thicker than desired, then remove from the heat, stir in the honey, vanilla and cinnamon and cardamom.  Cool slightly before serving, or chill completely in the fridge.

Note: My pudding thickened perfectly but then after it rested for 20 minutes before serving and it was far runnier than I wanted.  I can’t say why this happened as it’s never happened with my rice pudding before, but if this is the case with yours as well, beat an egg very well and mix into the pudding.  Return to the heat and cook just until thickened.[/print_this] 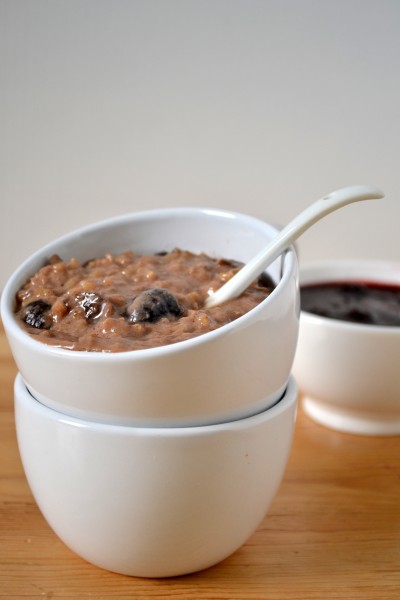 Check back on Friday for a giveaway!