This pumpkin pudding is sweetened with honey and so easy to make. It tastes like pumpkin pie filling in pudding form and has a paleo and dairy-free option.

This pumpkin pudding really tastes like thickened pumpkin pie filling. Because of the pumpkin, it doesn’t have the same exact texture of traditional pudding.

I also imagine that it’s quite a bit different than boxed pumpkin pudding. I don’t know if I’ve ever had that but I’ll take this homemade pumpkin pudding with real pumpkin over artificial flavoring any day. 🙂 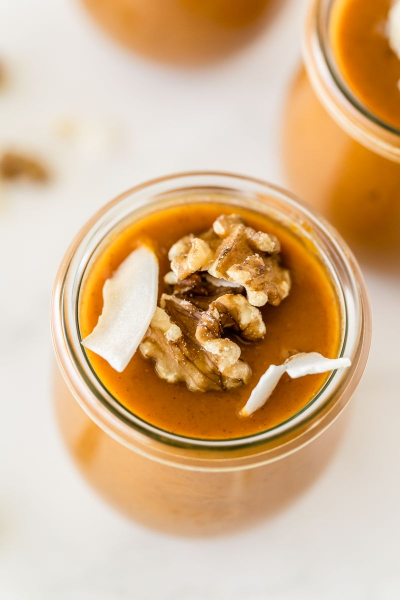 I first made this pumpkin pudding with maple syrup, thinking that obviously it’d be a better fit. But nope. That was all wrong.

With maple syrup, using the same amount, the pudding tasted hardly sweet. I had to add quite a bit more, which made the pudding too runny.

Even before I added the extra maple syrup, the maple syrup version was thinner than the honey version. 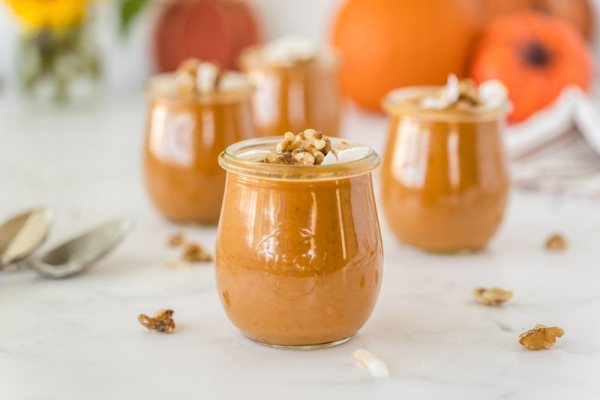 I know that honey and maple syrup are often said to be interchangeable, but they really aren’t all the time.

I definitely recommend sticking with honey for this recipe!

For a dairy-free and paleo version, I used canned coconut milk. The first time, I watered down the coconut milk (using about 1/2 coconut milk and 1/2 water to make it about as thin as regular milk) but I actually liked how thick it was. Also, for another great paleo pumpkin treat, check out these paleo pumpkin scones!

I love my puddings on the really thick and rich side, though (like this chocolate orange avocado pudding or this vegan chocolate pudding). 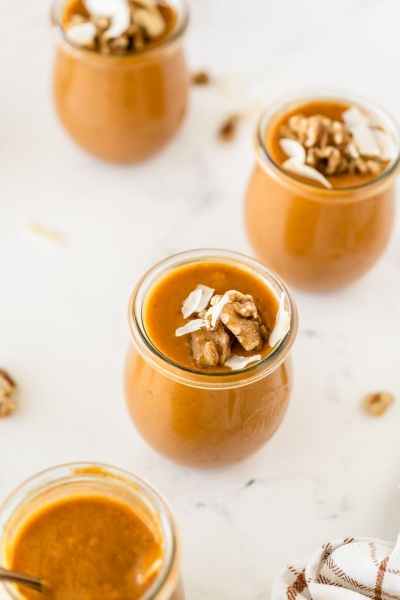 Almond milk also works! I’m guessing other plant-based milks would work but I haven’t tried them.

Cornstarch isn’t paleo so I tried it out with tapioca flour / starch and it worked great. Arrowroot would probably also work but sometimes I find that I need a bit less arrowroot than cornstarch, so I’d probably use 3.5 tablespoons instead of 4.

To top them off, whipped cream is classic but I had no desire to look for my piping bag or the tips. Because yes, I’m a messy person and they’re probably not even in the same place.

I just used plain nuts today but usually like to use candied walnuts or pecans (here’s how to make candied pecans) and they’re a great topper! Don’t put them on until serving, though, or they’ll get runny and lose all their coating. 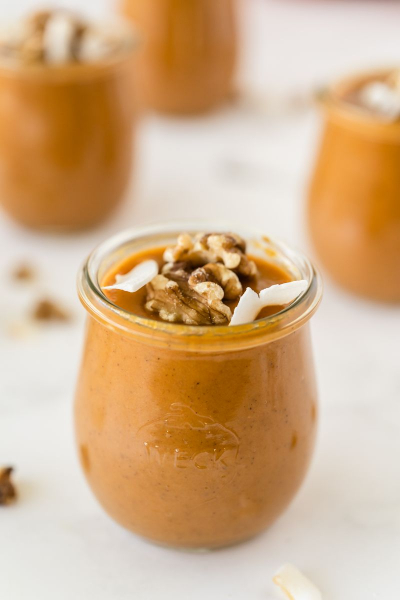 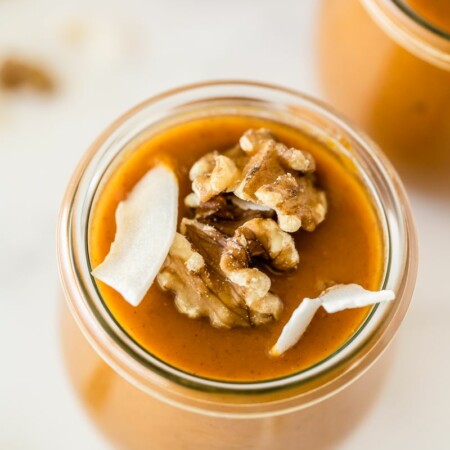 Unless you want your pudding really thick and rich, use 3/4 cup water + 3/4 cup canned coconut milk.
Tried this recipe?Tag me today! Mention @easywholesome or tag #easywholesome! 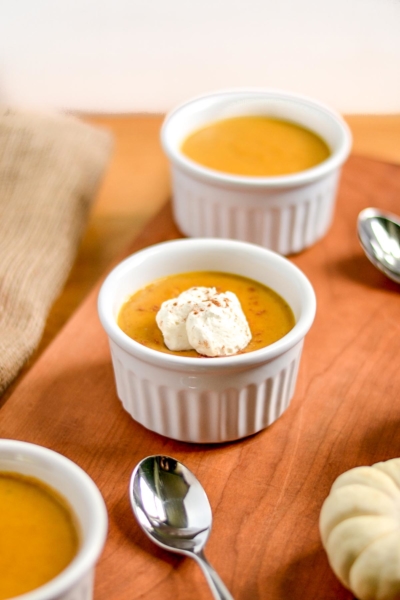