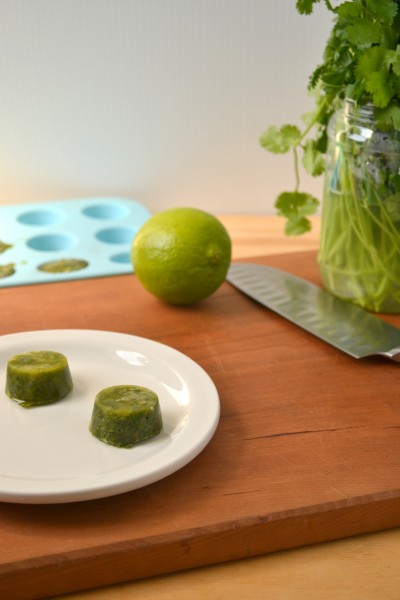 Just a very quick Monday post from me today!  Even though today is a stat here in Canada it still feels like regular Monday for me – running around and trying to get more things done than possible!  I’m behind, but determined to catch up at least a little bit while the baby sleeps.  Bring on the one handed typing! 😀

So I thought I’d post more of an idea than a recipe today.  I know I’ve been posting a lot of recipes using cilantro lately, but usually I use a little bit and then have no idea what to do with the rest so I’ve been using these two methods to make the most of my fresh herbs because I’m awful at letting them go to waste(please tell me I’m not the only one!).

Even if you don’t like cilantro I use this method for saving all kinds of herbs(especially my favorite – fresh basil!).  Of course, ones like basil or oregano probably wouldn’t work so well with lime juice but water works just as well to seal in the delicious fresh herb flavor and in soups and a lot of other dishes the extra water doesn’t make a difference.  I quite often use lime and cilantro together, in fresh salsas, this red lentil soup and plenty of other dishes, but you could freeze it in water in case you need cilantro without the lime. 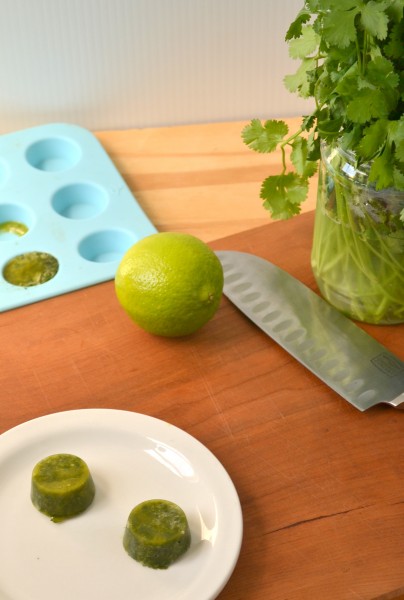 Place in a food processor or mini food processor(or use an immersion blender) and blend until no large pieces remain.  Pour into ice cube trays and freeze until solid before placing in a well labeled airtight container or bag.  Store in the freezer until ready to add to salsas, soups or entrees calling for lime juice and cilantro.  Use within 3 months. 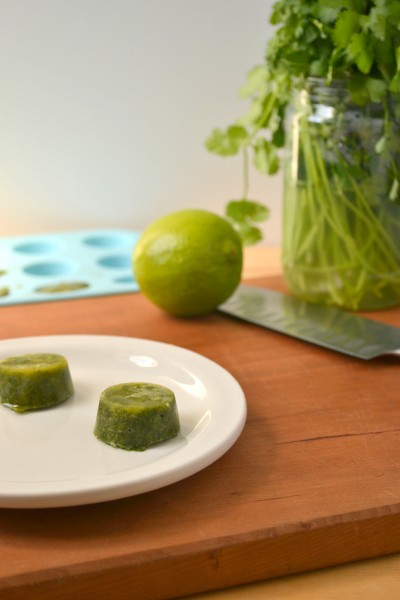 I want to hear from you!  What other tips do you have for saving or making the most of fresh herbs?